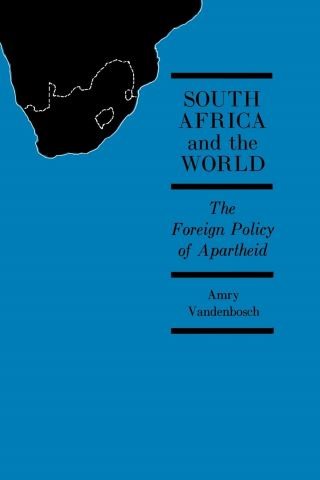 South Africa and the World

In this first comprehensive study of the foreign policy of South Africa, Amry Vandenbosch focuses attention not only on some of the major problems of a white-dominated African country but also, in wider scope, on three of the chief issues of mid-twentieth century: colonialism, race relations, and collective security.

South Africa has inaugurated an outward-looking policy. Its relative strength among the African nations, combined with the domestic difficulties experienced by those weaker nations, has caused Pan-Africanism to lose much of its force and has enabled South Africa to exert even more vigorous leadership on the continent, particularly south of the Sahara. South Africa nevertheless faces many problems, and its outward-looking policy has met with rather limited success. Faced with all its difficulties, dead-end roads, and a strong world opinion condemnatory of apartheid, Vandenbosch argues South African whites must begin to doubt the wisdom of their racial policy and come to accept the idea of its modification.