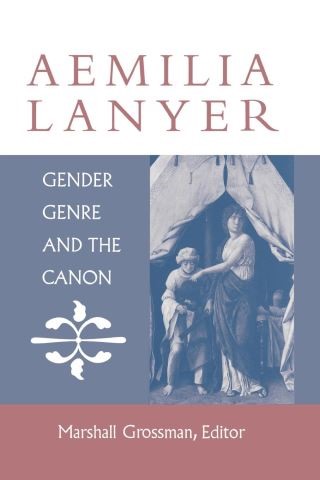 Gender, Genre, and the Canon

Aemilia Lanyer was a Londoner of Jewish-Italian descent and the mistress of Queen Elizabeth's Lord Chamberlain. But in 1611 she did something extraordinary for a middle-class woman of the seventeenth century: she published a volume of original poems.

Using standard genres to address distinctly feminine concerns, Lanyer's work is varied, subtle, provocative, and witty. Her religious poem "Salve Deus Rex Judaeorum" repeatedly projects a female subject for a female reader and casts the Passion in terms of gender conflict. Lanyer also carried this concern with gender into the very structure of the poem; whereas a work of praise usually held up the superiority of its patrons, the good women in Lanyer's poem exemplify worth women in general.

The essays in this volume establish the facts of Lanyer's life and use her poetry to interrogate that of her male contemporaries, Donne, Jonson, and Shakespeare. Lanyer's work sheds light on views of gender and class identities in early modern society. By using Lanyer to look at the larger issues of women writers working within a patriarchal system, the authors go beyond the explication of Lanyer's writing to address the dynamics of canonization and the construction of literary history.