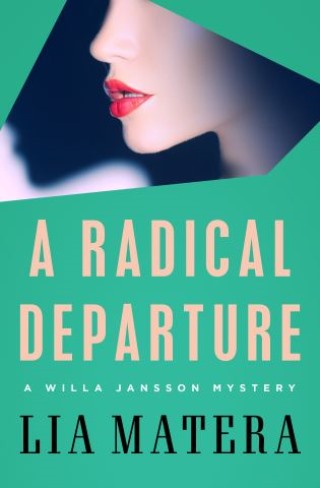 A California lawyer’s dream job becomes a nightmare when her boss is murdered in this mystery by the author of Where Lawyers Fear to Tread.

Fresh out of law school, Willa Jansson nabs a first-year associate position at a family friend’s law firm. Famous progressive attorney Julian Warneke has gotten Willa’s hippie parents out of legal trouble on several occasions, though his reputation for grandstanding landed Willa in jail for two traumatic months after she was arrested during a protest march. Regardless, she’s happy to be working for such an influential firm, even if it pays less than any other outfit in town and she’s assigned to all the divorces, landlord-tenant cases, and drunk-driving defenses . . .

Willa’s caseload is the least of her worries when Julian’s poisoned to death at a fancy work lunch. When the investigation begins, the authorities are drawn to Willa as a suspect in the “law school murders.” Then there’s the matter of her mother being listed to inherit Julian’s house. As Willa begins working to clear their names, she must dodge a terrible ex-boyfriend and a charming cop—not to mention a killer who’s drawing ever closer . . .

Praise for the Willa Jansson Mysteries

“Matera's wit, grace with language, irreverence toward the legal system, and wry dissection of being a child of the Sixties make this a standout.” —Kirkus Reviews

“Intelligent and entertaining . . . Absorbing . . . With sharp descriptions and crisp dialogue . . . Admirably delivers the complex situations and memorable characters of a ‘real novel’ while still managing to let the detective story have its day in court.” —The Wall Street Journal

Lia Matera: Lia Matera is the Edgar, Anthony, and Macavity Award–nominated author of nine novels. A graduate of UC Hastings College of the Law, where she was editor in chief of the Hastings Constitutional Law Quarterly, Matera was a teaching fellow at Stanford Law School before becoming a full-time writer of legal mysteries. She lives in Santa Cruz, California.