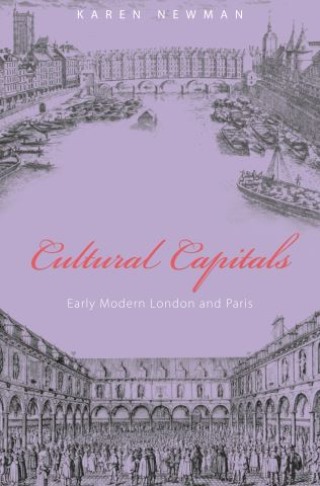 Social theories of modernity focus on the nineteenth century as the period when Western Europe was transformed by urbanization. Cities became thriving metropolitan centers as a result of economic, political, and social changes wrought by the industrial revolution. In Cultural Capitals, Karen Newman demonstrates that speculation and capital, the commodity, the crowd, traffic, and the street, often thought to be historically specific to nineteenth-century urban culture, were in fact already at work in early modern London and Paris.

Newman challenges the notion of a rupture between premodern and modern societies and shows how London and Paris became cultural capitals. Drawing upon poetry, plays, and prose by writers such as Shakespeare, Scudéry, Boileau, and Donne, as well as popular materials including pamphlets, ballads, and broadsides, she examines the impact of rapid urbanization on cultural production. Newman shows how changing demographics and technological development altered these two emerging urban centers in which new forms of cultural capital were produced and new modes of sociability and representation were articulated.

Cultural Capitals is a fascinating work of literary and cultural history that redefines our conception of when the modern city came to be and brings early modern London and Paris alive in all their splendor, squalor, and richness.