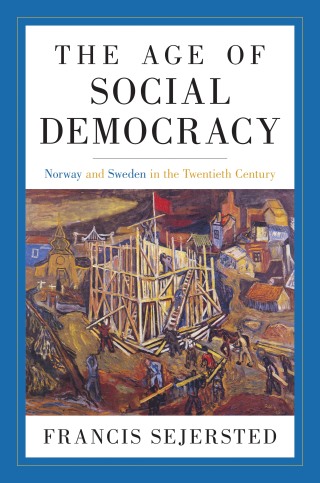 The Age of Social Democracy

Norway and Sweden in the Twentieth Century

This is the history of how two countries on the northern edge of Europe built societies in the twentieth century that became objects of inspiration and envy around the world. Francis Sejersted, one of Scandinavia's leading historians, tells how Norway and Sweden achieved a rare feat by realizing grand visions of societies that combine stability, prosperity, and social welfare. It is a history that holds many valuable lessons today, at a time of renewed interest in the Scandinavian model.

The book tells the story of social democracy from the separation of Norway and Sweden in 1905 through the end of the century, tracing its development from revolutionary beginnings through postwar triumph, as it became a hegemonic social order that left its stamp on every sector of society, the economy, welfare, culture, education, and family. The book also tells how in the 1980s, partly in reaction to the strong state, a freedom and rights revolution led to a partial erosion of social democracy. Yet despite the fracturing of consensus and the many economic and social challenges facing Norway and Sweden today, the achievement of their welfare states remains largely intact.

Francis Sejersted: Francis Sejersted, one of Scandinavia's leading historians, is former chairman of the Norwegian Nobel Committee (the Peace Prize Committee) and current chairman of the Norwegian Freedom of Expression Foundation. The author of many books, he is a senior researcher at the Institute for Social Research in Oslo and a former professor at the University of Oslo.