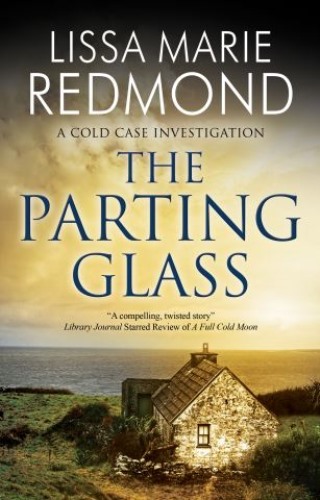 While on Injured on Duty status, Lauren Riley's hired as a private investigator to travel to rural Ireland in search of a Picasso painting stolen twenty years earlier in this nerve-shredding thriller.

An old wound forces Cold Case Detective Lauren Riley onto Injured on Duty leave. Unless she rests she faces the threat of early retirement. However, dreading the prospect of doing nothing for six months, Lauren renews her private investigator license.

She's soon contacted by Sharon Whitney, the ex-wife of wealthy Buffalo resident - and suspected mob boss - Howard Whitney. During their bitter divorce twenty years earlier a Picasso painting was stolen from their home and never recovered. After the main suspect passes away from ill health in Ireland, Sharon to hires Lauren to locate the painting - before her ex-husband does.

Lauren expects a low-stress, fact-finding trip yet arrives in Ireland to discover suspicions around the suspect's death and his home ransacked. With the clock ticking, uncovering the truth behind the painting's disappearance may be far more dangerous than Lauren imagined.

Lissa Marie Redmond: Lissa Marie Redmond is a former cold case homicide detective for the Buffalo Police Department. After twenty-two years on the force she retired to pursue a "normal" life and used her experience to write the Cold Case Investigation mystery series starring Lauren Riley.